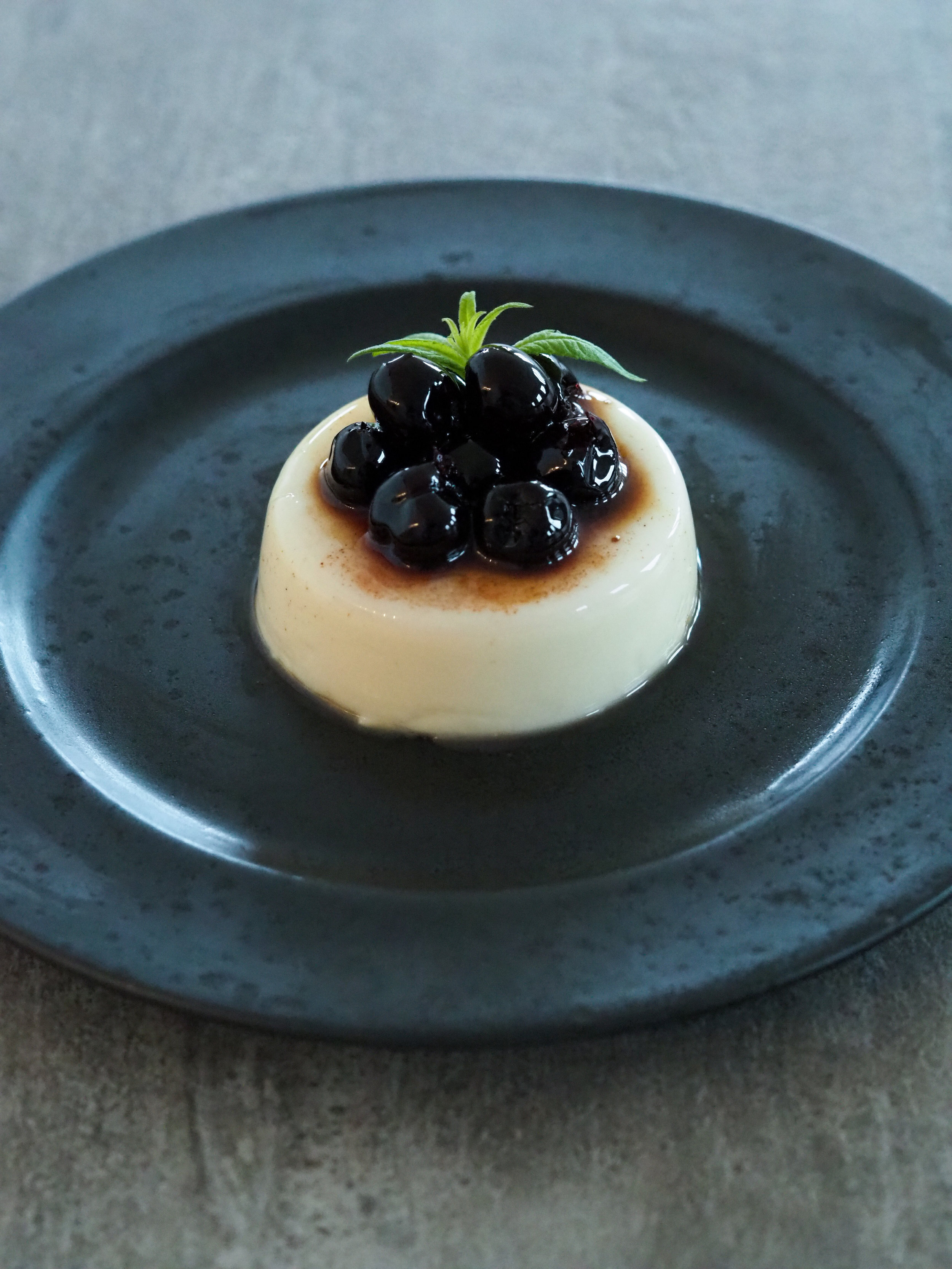 For some reason I haven’t been able to turn the scribbled cooking notes into actual recipes I can post here. I have been cooking and baking, the words have just sort of turned into mush whenever I sat down to write here. I have a few recipes I will redo and get the measurements right so I can post, among others a really good honey tahini pie with praline whipped cream, that I really want to share with you.

I am finally getting over a bad case of the flu, so the fogginess in my head is clearing and today I made a somewhat simple dessert packed with autumnal comforting flavours of Ceylon cinnamon, black tea and amarena cherries.

It was very foggy this morning, quite beautiful really, but also so cold and humid that a dessert for 2. breakfast was in order. 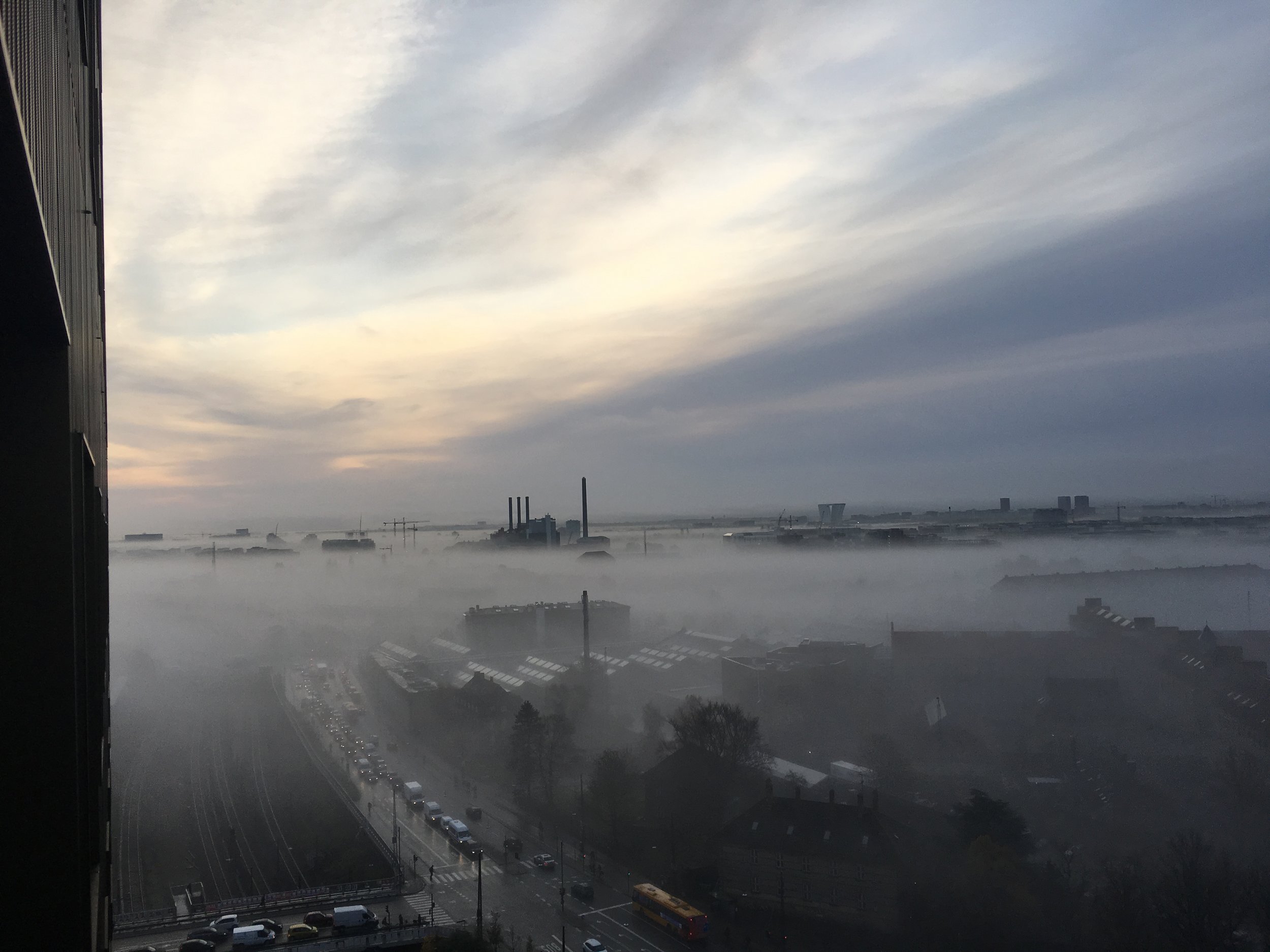 When it comes to panna cotta I normally tend to go for the only heavy cream based versions, that are a little less wobbly, but much more rich and decadent. However for this one I opted for half and half, for a lighter mouthfeel and to let the cinnamon shine more through. However feel free to use just cream, if you prefer. 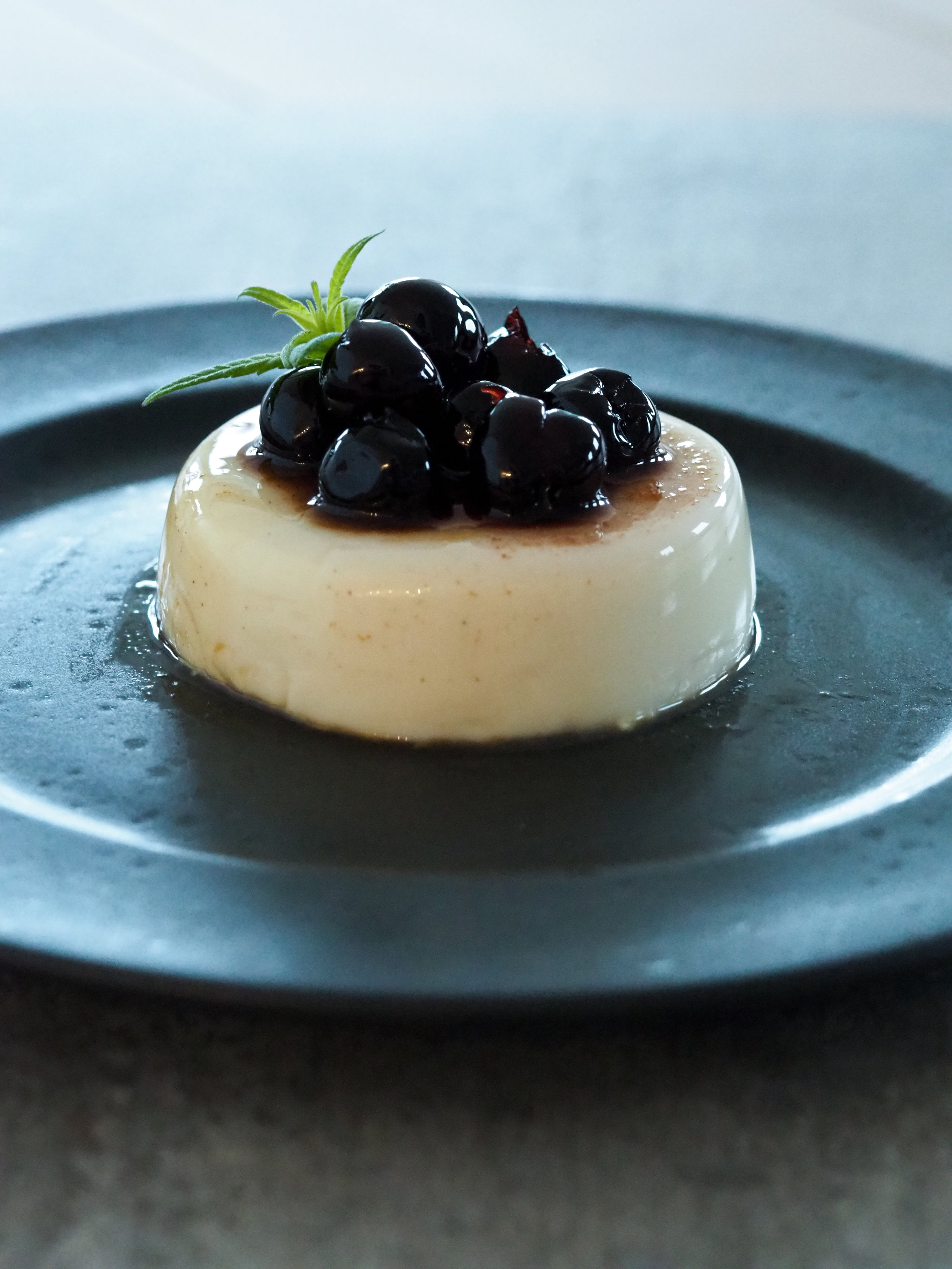 Add half and half, cinnamon stick and sugar to a small saucepan. Dissolve sugar over medium heat, remove from the stove and leave to infuse for about 30 minutes. Remove the cinnamon stick, then rewarm the mixture. If using powdered gelatine, whisk in a little of the warm mixture before returning gelatine mix to the saucepan. If using leaf gelatine, squeeze excess water from the leaves before stirring them into the warm milk. Stir until the gelatine is completely dissolved.

Grease four ramekins with a little neutral-tasting oil and divide the panna cotta mixture between the ramekins. Chill for at least a couple of hours until firmly set.

Top the panna cottas with amarena cherries and spoon over the black tea syrup.

Steep the tea leaves in the water for 4-5 minutes, sieve off the tea leaves and discard. Mix the water with the two sugars in a small saucepan and bring to a rapid boil. Immediately turn of the heat, transfer the syrup to a small bowl and leave to cool.