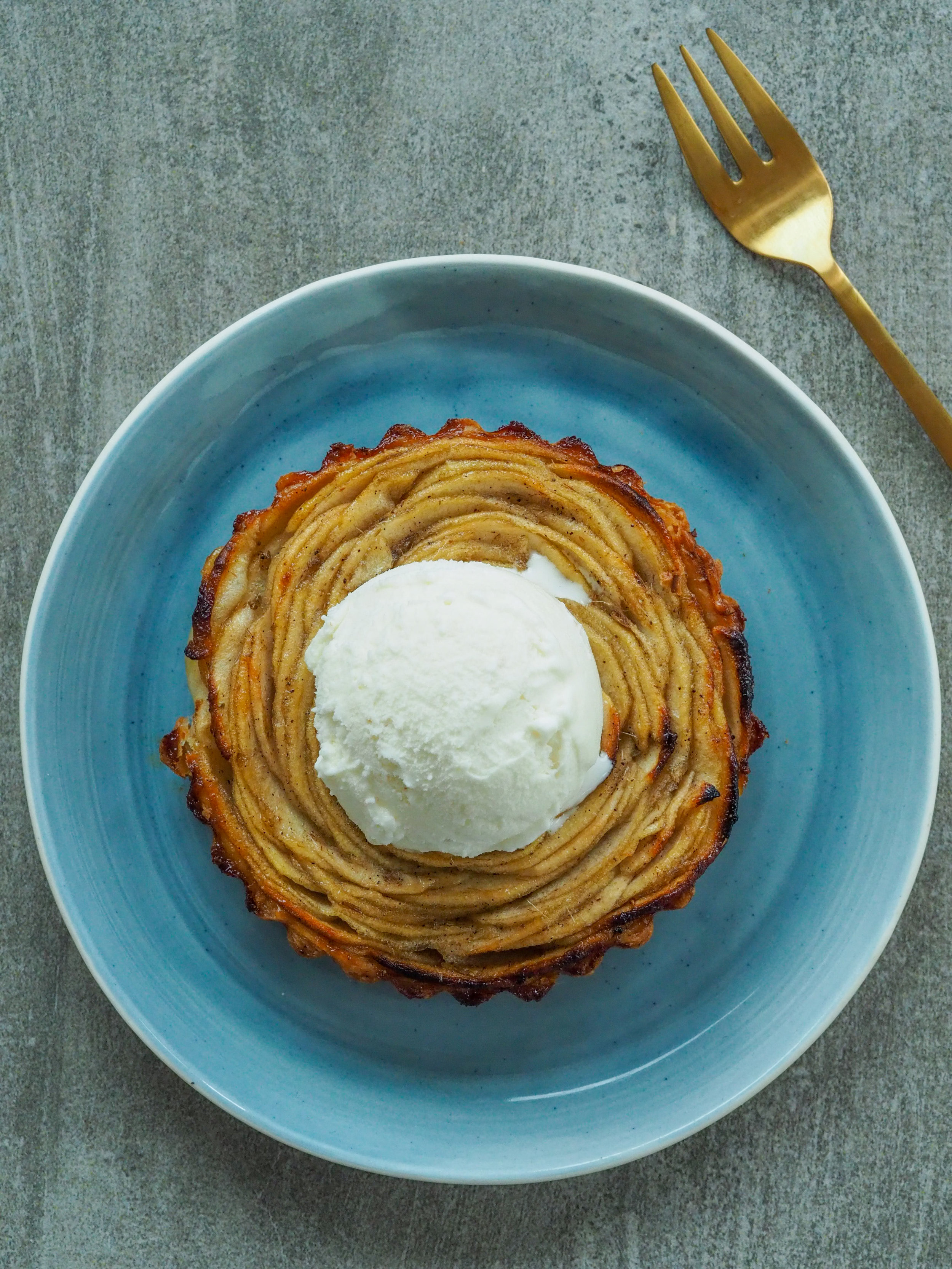 I have been thinking a lot about roots recently. My roots. Not so much where my family came from, but where I feel at home. Where I feel a deep sense of belonging. My mother is fluent in French and having lived there as a young woman. She wanted my sister and I to fall in love with the country as well, so growing up we spent summer holidays in southern France with friends of hers. I still remember the unbelievably fragrant lavender sorbets and my first tiny sip of pastis from my father’s glass of the milky white watered down aniseed liqueur. 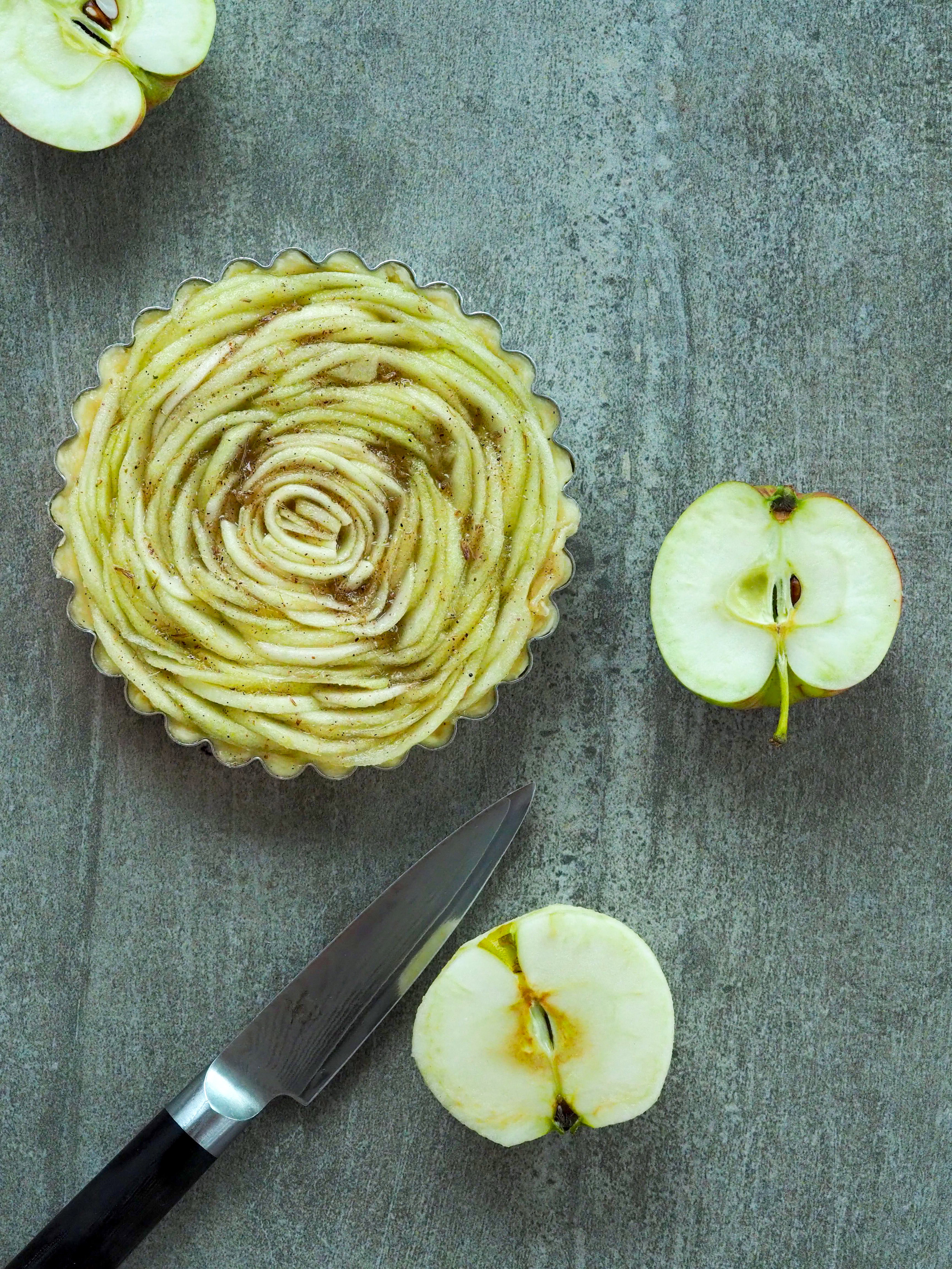 Another place I immediately felt at home was Thailand. Christian had been traveling to Southeast Asia several times with his parents as a child, but I had never set foot outside Europe. For our honeymoon he wanted to show me a country that he yearned to go back to. The markets, the street food vendors – the food. I think you can almost never really experience the actual flavours of a local cuisine in another part of the world. Something is somehow lost in translation. Everything was brighter. Maybe some of it was just infatuation, falling in love with each breath and bite. The first dish I had the first evening in Bangkok was tom yam. And just like that lemongrass became my absolute favourite aromatic. I even wrote a foodblog with the silly but aptly named Love and Lemongrass. Possibly should have been love of lemongrass. Oh well.

This rant is a long-winded way of telling how this apple tart came to be. And it is more of an open apple pie since the pastry used is flaky pie dough rather than a French type shortcrust. Giving that the third place I lost my heart to is New York an apple pie seemed fitting.

And so this is an american apple pie dressed as a French apple tart with French and Thai aromatics. Seemed fitting.

I served my tart with a hearty scoop of lychee ice cream, because I really like lychees and apple together – but if you can’t find that, a quality strawberry ice cream will work great too. Or just plain old vanilla. Nothing wrong with that! 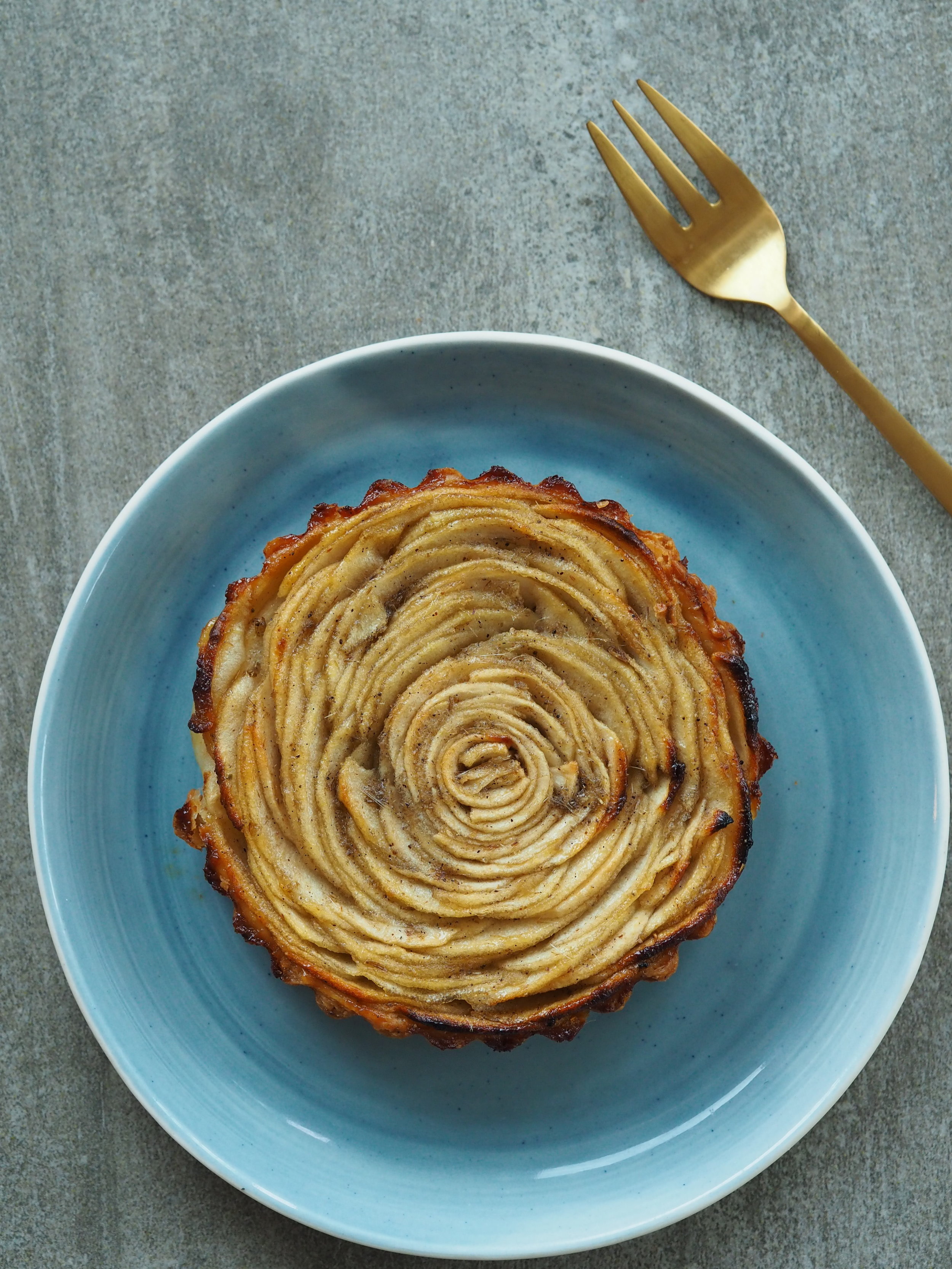 Whisk together sugar, salt and flour in a bowl. Cut the butter into roughly 1,5cm cubes, not smaller as this will melt the butter and smash and coarsely rub the butter cubes into the flour until a chunky mixture. Stir in water and apple cider vinegar and quickly gather the dough into a bowl.

Roll out the dough and line 4 10cm tart pans. Return to the fridge.

Mix sugar, lavender, lemongrass, vanilla powder and lemon juice and add them to a ziplock bag.

Peel the apples, cut them in half and use a melon baller to remove the cores. Cut the apples into 2-3mm thick slices and place them in the ziplock bag with the sugar mix.

Gently shake to combine and macerate for 30 minutes.

Drain the apples and add the reserved syrup to a small saucepan with the butter. Bring to a rapid boil, remove from heat but keep warm.

Overlap the apple slices in the pie shells spiralling towards the center in a rosette pattern, the apples slices should be packed tightly together or they will collapse during baking.

Brush the pies with the reduced syrup and cover lightly with tin foil. Bake for 25 minutes until the apple slices are tender.

Remove the foil, brush again with the remaining syrup and bake for another 5-10 minutes until the pie crusts are crisp and golden.

Remove from the oven, allow to cool before turning out and serving.