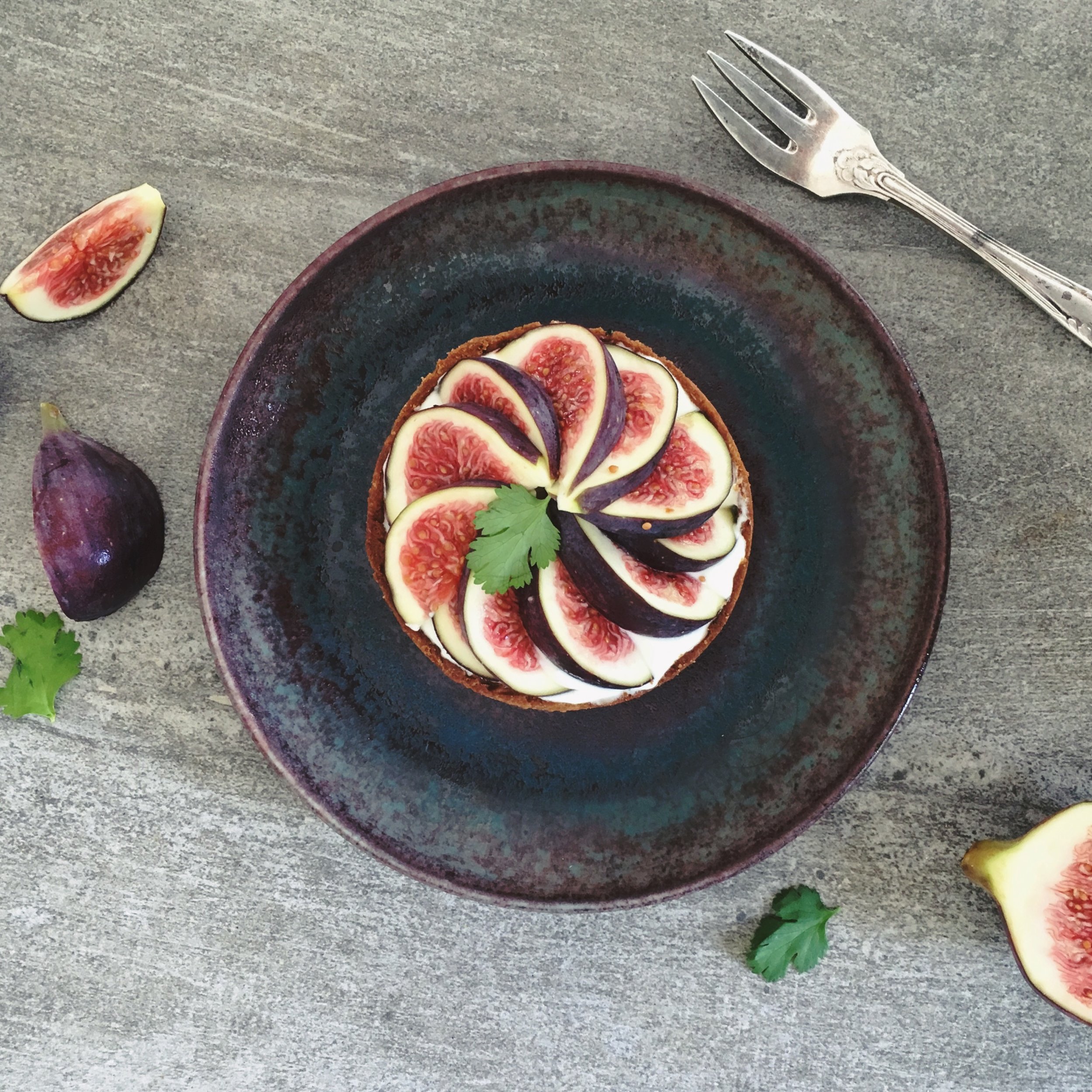 I saw my life branching out before me like the green fig tree in the story. From the tip of every branch, like a fat purple fig, a wonderful future beckoned and winked.
-Sylvia Plath, from ‘The Bell Jar’

Fresh figs to me evoke childhood memories of southern France, where figs are so integral a part of their culture that they celebrate them with festivals (not to mention the most mouthwatering preserves).
Luxurious on their own, all soft and sweet and luscious. And as a jam on toast on a cold morning they are a mouthful of sunshine and summer much needed during the long Scandinavian winter. But most of all I love fresh figs on top of a tart.

Here I have paired the figs with lavender and cilantro mascarpone whipped cream to bring out the floral sweetness in the figs and balance with a tart lime curd.

Sieve the flour and icing sugar together and work the butter into the flour, either by rubbing your thumbs against your fingers or by mixing it into the flour with a pastry blender, until the texture is similar to breadcrumbs. Whisk the egg together and add it to the mixture. Gently work it together until you have a ball of dough. Be careful not to overwork the mixture and activate the gluten as this will make the pastry elastic rather than crumbly.

Flatten the dough ball and wrap in clingfilm before chilling in the fridge for at least an hour.
Roll out the dough and butter 4 8cm tart rings. Cut out disks of pastry slightly larger than the tart rings and line the rings with the pastry. Prick the pastry with a fork several times to allow any air bubbles to escape during baking. Freeze the tart shells for 15 minutes before baking for 15-20 minutes at 180C. Keep an eye on the tart shells, they should be a light brown color when you remove them from the oven.

Leave them in the ring for 5 minutes before removing and cooling completely on a cooling tray.

Whisk the eggs together with the lime juice in a small casserole. Add in the rest of the ingredients and slowly bring to a boil while stirring the mixture. Let it simmer for 10-12 minutes over medium low heat while whisking. The curd should be quite thick, but still pourable. Strain and let the lime curd cool in the fridge until assembly.

Fold in lavender and cilantro, season with both to taste, and store in the fridge until assembly.

Fill the tart shells with the lime curd, top with mascarpone whipped cream and arrange the figs on top. Once assembled the tarts should be served immediately or refrigerated until ready to serve.