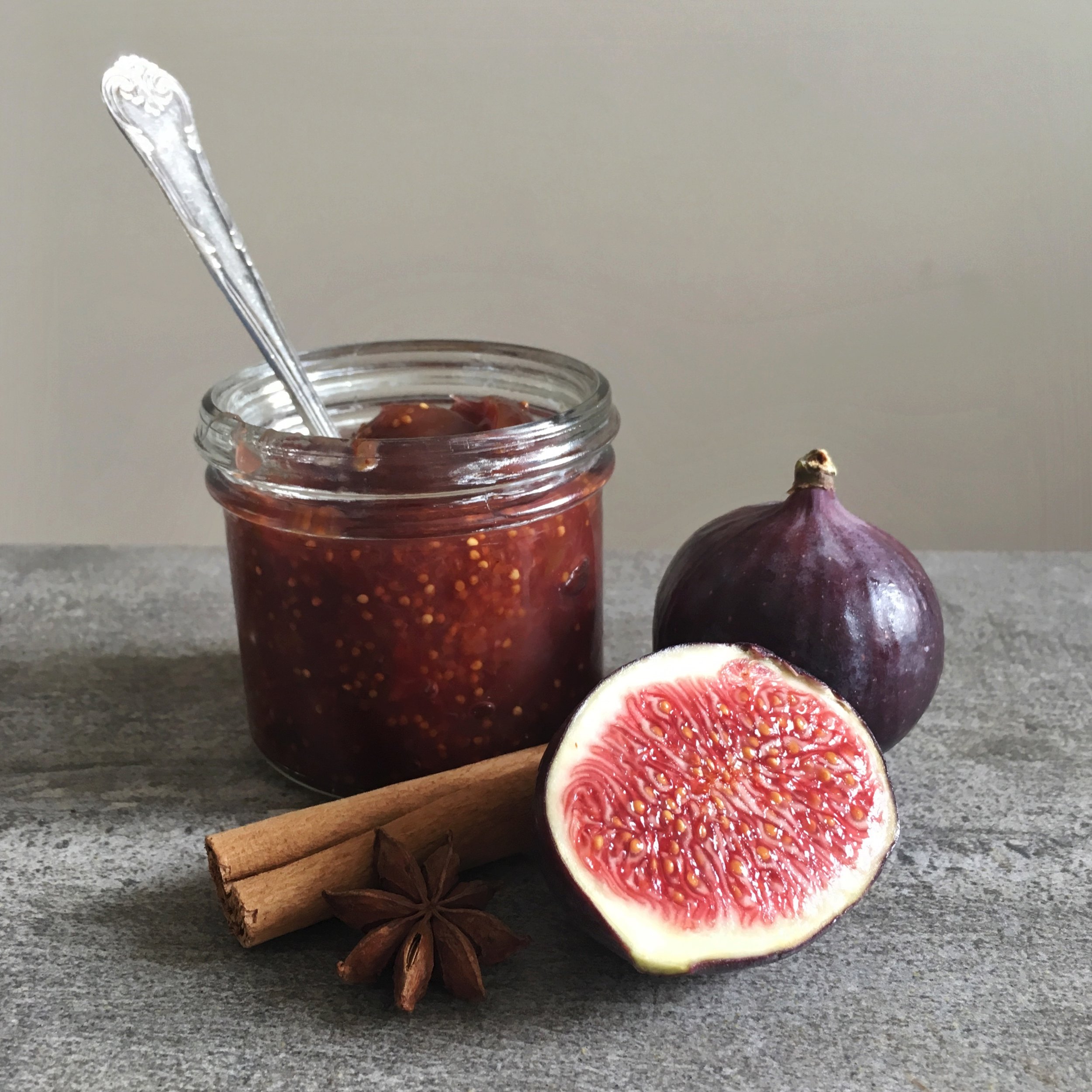 I love preserving the abundance of fruit throughout summer and early fall. I freeze a lot of the fruit I get from my family’s gardens, so if in November I start longing for summer I can make a strawberry pie that, if I close my eyes for a second, almost makes me believe its the middle of July. But some of the fruits I turn into jams, compotes, syrups and sauces. In my cupboard I have cherry sauce to go with the Danish vanilla and almond rice pudding on Christmas Eve, port and rum macerated plums, unripe fermented greengage syrup (more on that later) and a lot of jams.

My favourite jam is this fig jam with star anise, cinnamon, a dash of whiskey and lemon peel. It is amazing on pretty much everything. Yoghurt, cake, cheese, bread – I ate it on a homemade croissant straight from the oven; Blissful. 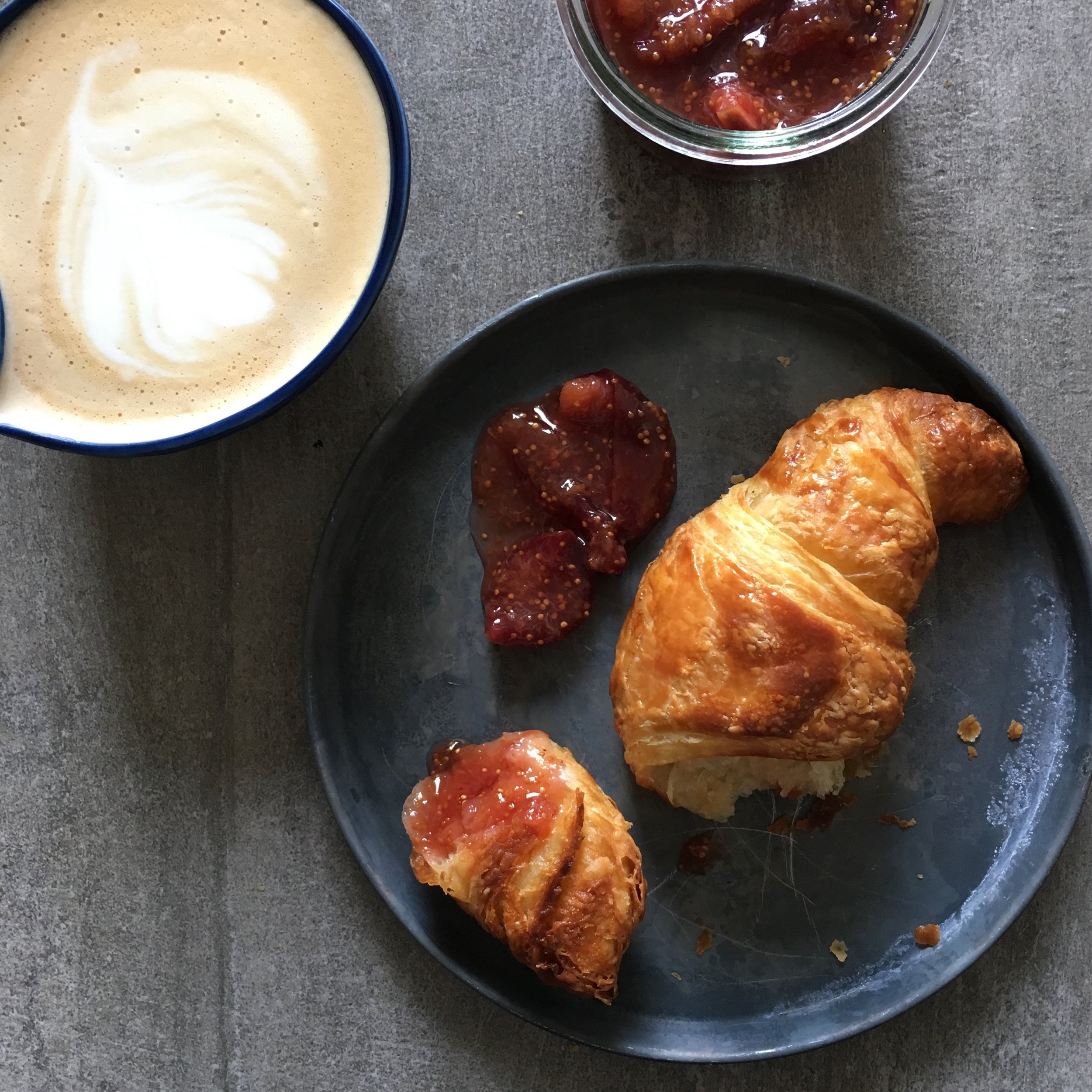 This recipe will give you a pretty amount of jam, around six 225g jars. Sterilise the jars and lids in boiling water for 5 minutes, then drain them just before pouring the jam into the jars to prolong shelf life. If sterilised properly the unopened jars will keep for about a year. After opening store in the fridge and eat within a few weeks.

Add the figs, 250g sugar, water, spices, lemon juice and peel to a large saucepan or copper pot and cook over medium heat for 5-6 minutes. Mix pectin with remaining 50g of sugar and add to the pot. Slowly bring the jam to a boil while stirring all the time. Boil for 5 minutes, turn of the heat.

Remove the spices and lemon peel and stir in the whiskey. Pour the jam into the sterilised jars and seal with the lids. Turn upside down for at least 30 minutes, then allow to cool completely.