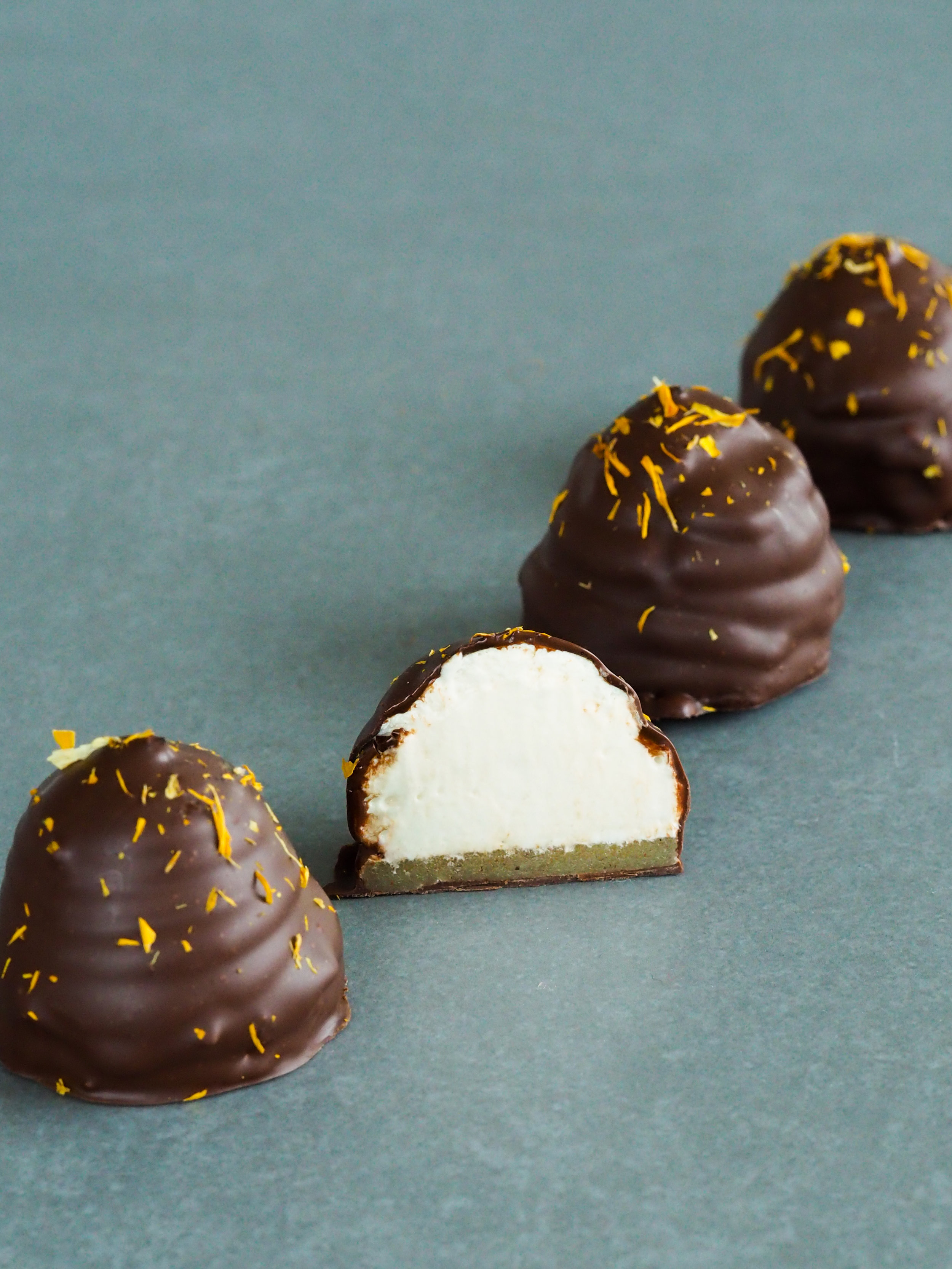 Cream puffs, or in Danish “Flødeboller”, have been a much loved treat here since the early 20th centuries, and is a variation of Scottish marshmallow tea cakes.

I can’t remember a childhood birthday celebration without store-bought cream puffs with thin wafer biscuits and light as air mallow foam. Some years ago a Danish chocolatier decided to make a luxury version with real chocolate couverture, vanilla in the foam and almond paste instead of the wafers. It became a huge success, and now you’d be hard pressed to find a chocolatier without a luxury cream puff.

They are very easy to make, but taste absolutely divine. I have already made them several times the last few weeks. How many I have eaten myself is a secret… 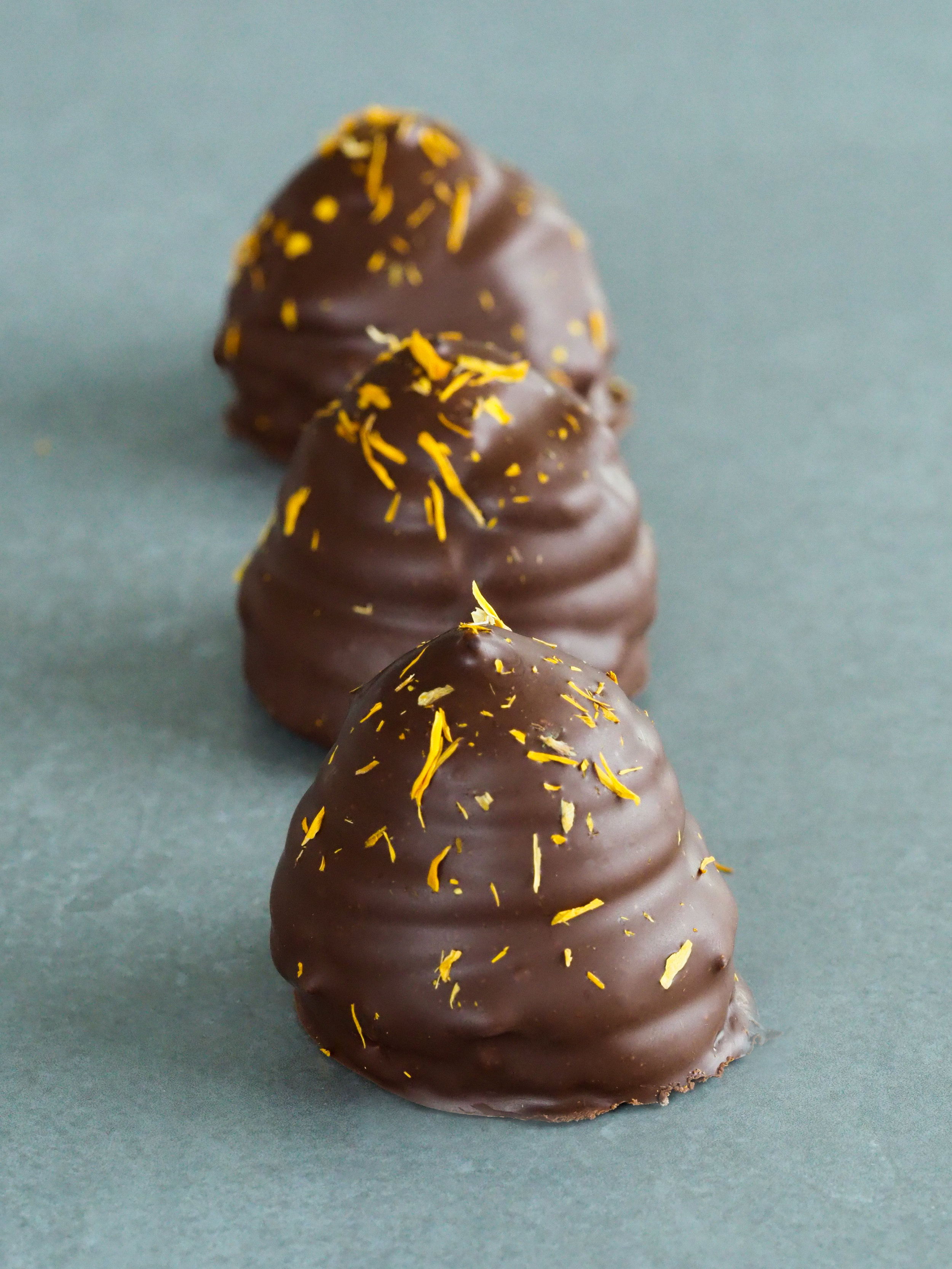 Marigold petals, chopped toasted hazelnuts or other topping you like

Knead the almond paste with the cinnamon, then roll out to 3-4mm thickness on a surface lightly dusted with icing sugar. Cut out 4cm discs with a cookie cutter and brush one side with tempered chocolate (1). Leave to set for 10-15 minutes in the refrigerator.

Bring maple syrup, water and glucose to a boil and cook until the temperature reaches 117C on a candy thermometer, stir vigorously to avoid the syrup burning.

In the meantime whip the egg whites with 2 Tbsp of sugar in a stand mixer until stiff peaks. When the syrup reaches the right temperature remove from heat and slowly pour the boiling syrup into the meringue.

Whip on high speed for 10-15 minutes, until the marshmallow is cooled and very light and airy. Season with salt.

Transfer mixture to a piping bag fitted with a 2,5cm round nozzle and pipe the meringue onto the side of the almond discs without chocolate.

Place the cream puffs on a wire rack and leave to dry out for an hour or 2.

The cream puffs improve if they are allowed to set over night. 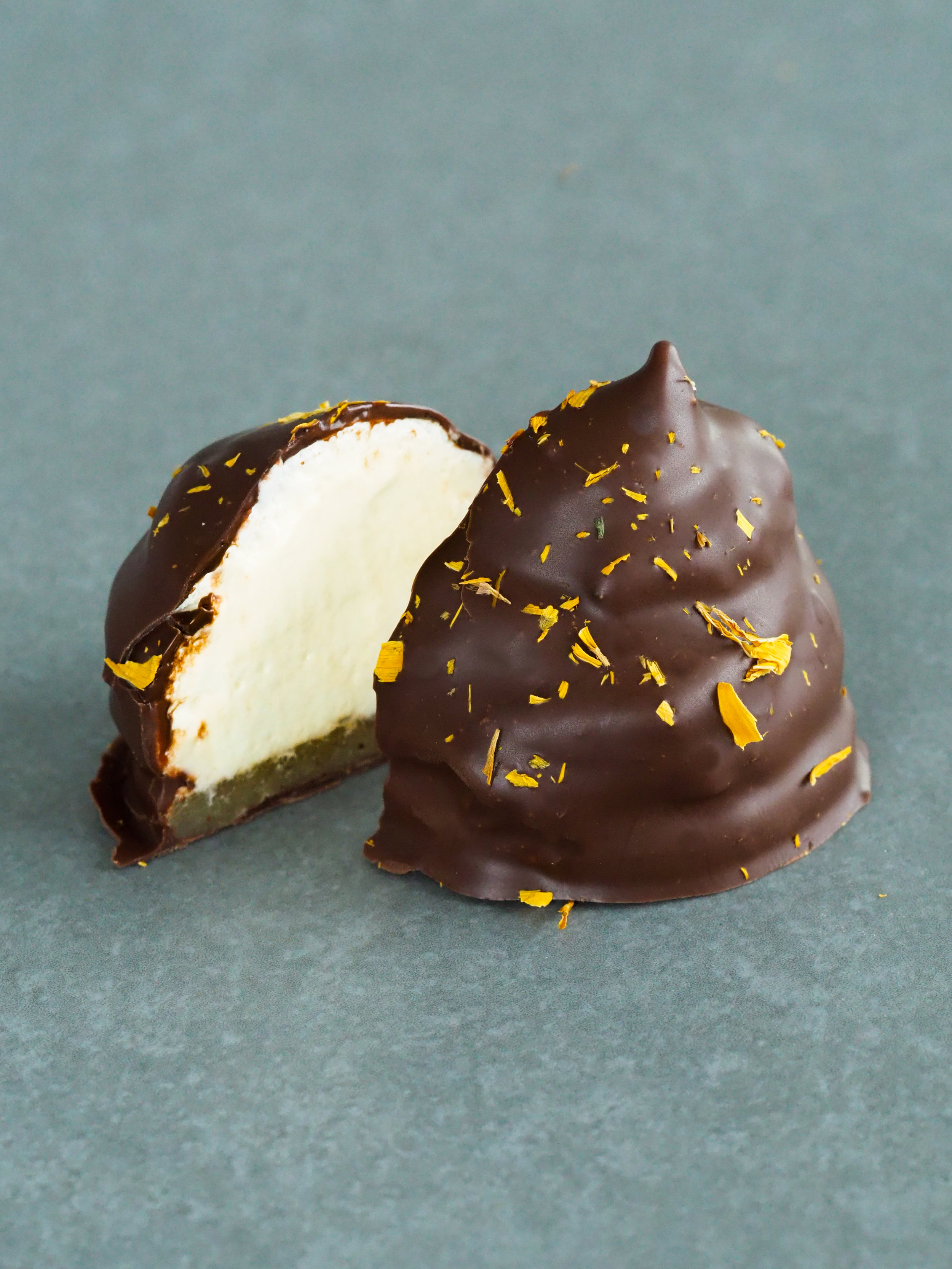