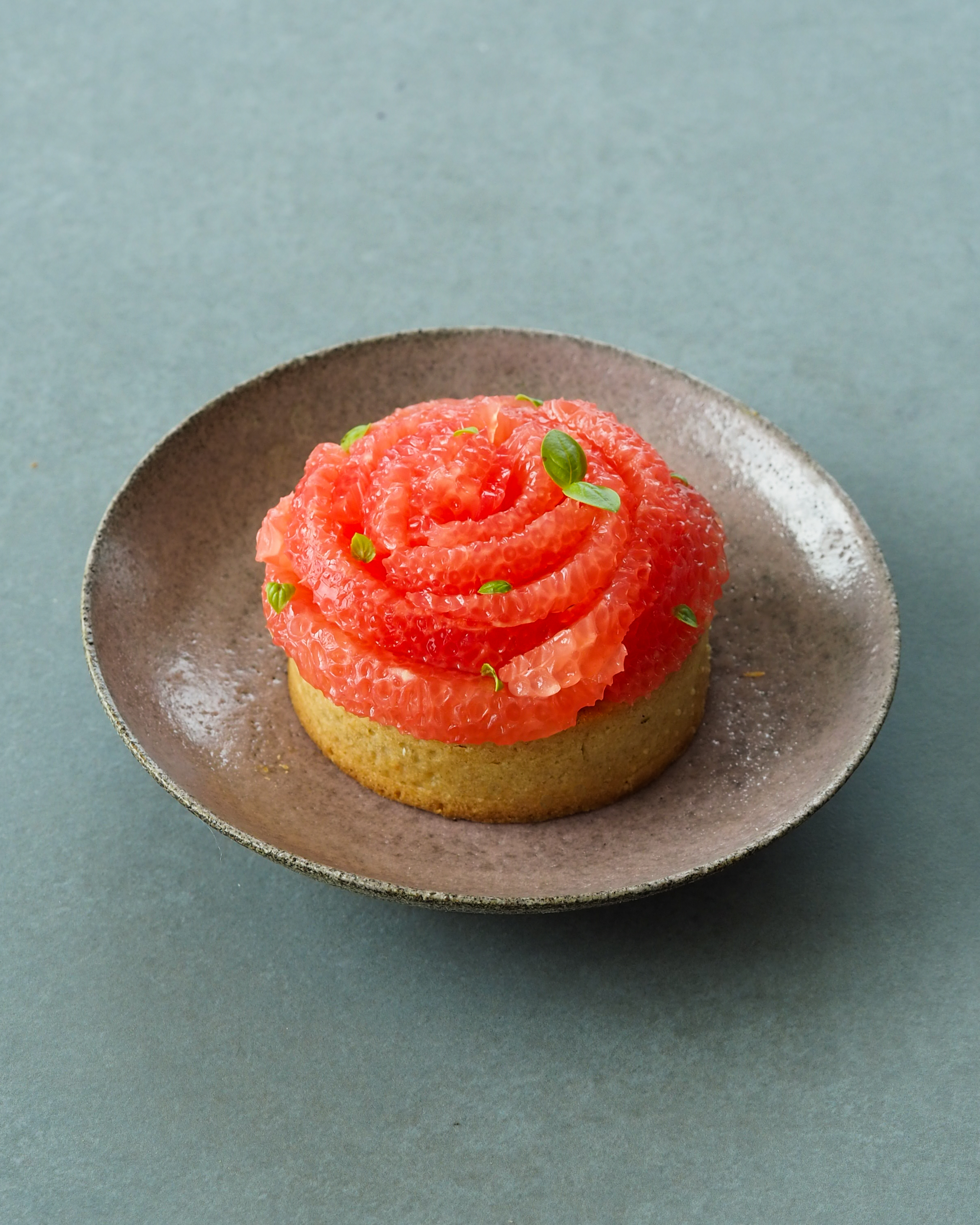 Ta-dah! I made another citrus tart! Now, I know it is summer, the season of berries and stone fruits and all kinds of nice things, and I do have a line up of summery things to share. But in all fairness I did use a pink citrus fruit, and pink is a very summery color, no?

So I made a pink grapefruit tart and to keep it not wintery at all I added earl grey tea and walnuts. I am beginning to realise I might have made a January-tart in July, but I crave Christmas in August, so my seasonal clock is apparently way out of whack anyway. But it is a really good tart, and if you can forgive the off-seasonality (or odd-seasonality) of it, I highly urge you to make it right now. Or at least make a not in your calendar for January 3rd and bake it then. 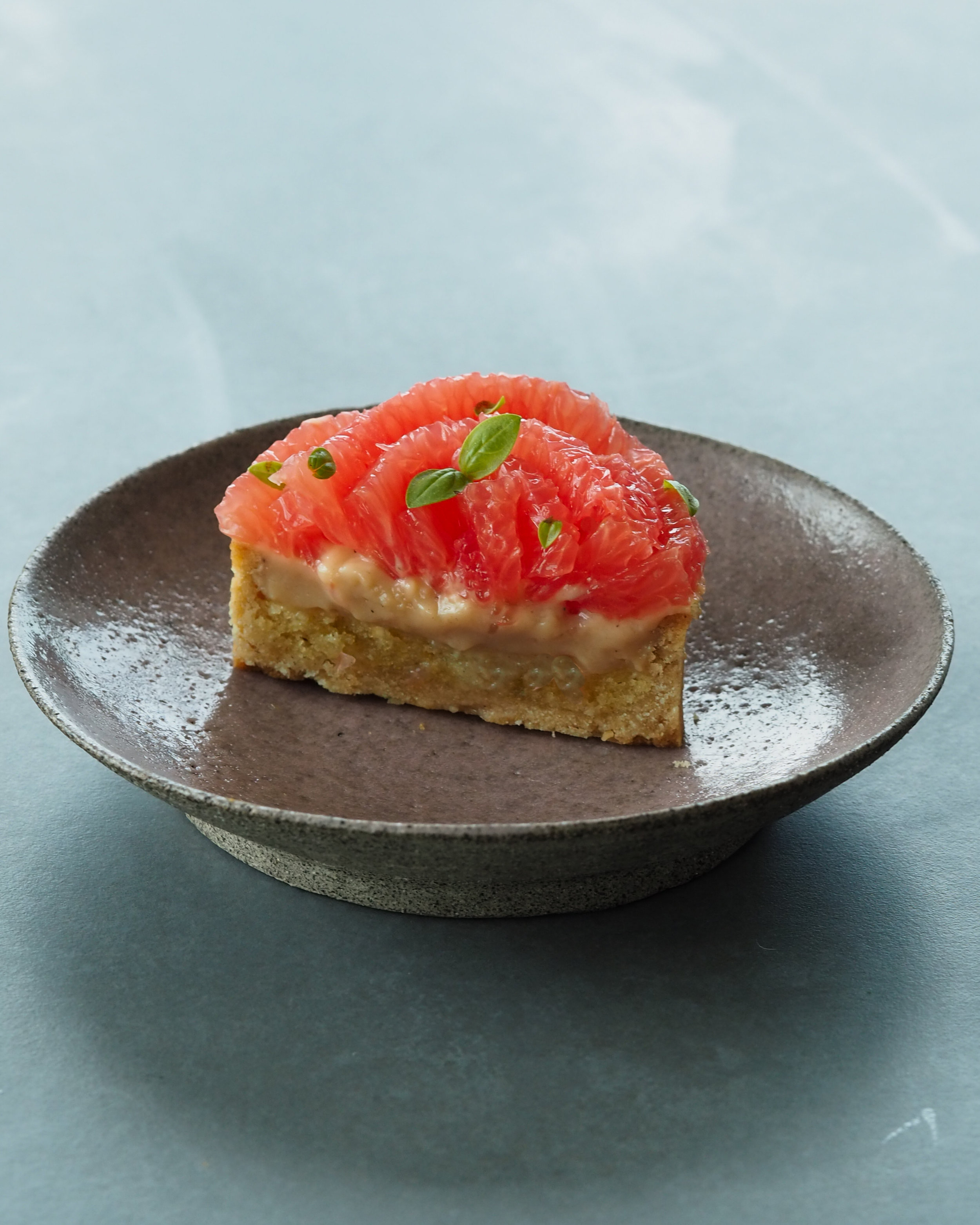 Begin by making the shortcrust. Cream together the butter and icing sugar until light and fluffy. Mix in almond flour and egg followed by the flour and salt. Mix only until the dough comes together. Gather into a ball, press into a disc and wrap in clingfilm. Chill for an hour in the fridge.

While the dough is chilling make the pastry cream by whisking together the sugar and cornstarch. Mix in the egg yolks and set aside. Warm up heavy cream and earl grey tea until steaming hot. Pour about 1/3 of the warm tea mixture into the egg yolks. Whisk to temper the egg yolks, before pouring the egg mixture back into the saucepan. Cook over medium heat while whisking rigorously until the pastry cream thickens into a luscious, glossy pudding.

Remove from heat, sieve into a clean bowl and let cool to 50C. Stir in the butter and salt until incorporated and cover with a piece of clingfilm. Chill in the fridge for a couple of hours.

Remove your shortcrust dough 10 minutes before rolling out. Preheat the oven to 180C, divide the dough in 8 portions and roll them to about 3-4mm thickness. Line eight 7,5cm tart rings with the dough and freeze for 30 minutes.

Blind bake for 14 minutes, while you make the walnut frangipane. Mix everything but the egg together, and when homogenous whisk in the egg. Don’t overwork the frangipane as that can cause the frangipane to split.

Remove from the oven and leave to cool on a wire rack.

Shortly before serving assemble the tarts.

Cut off the peel and pith of the grapefruits and cut  the grapefruit into segments. Put the pastry cream in a piping bag and pipe onto the cooled tarts. Arrange the grapefruit segments on top in a pretty circular pattern and garnish with a little basil leaves.